To marry or not to marry, that is the question

Christopher Goodwin, Partner at Peacock & Co gives us the low down on cohabitation. 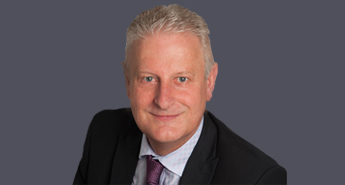 Statistics appear to show that fewer couples are getting married and that the number of cohabiting couples is rising. Many of these cohabitants believe the myth of the “common law wife”; that after a period of time together they will be as good as married when it comes to the financial consequences of a subsequent breakdown of the relationship. Unfortunately, by the time they realise that their faith in the myth has been misplaced they can find themselves with serious financial problems.

An unmarried partner does not have the same rights as a married spouse in many areas and the possibility of future reliance on a former partner is severely curtailed. The married spouse has the security of a possible claim for maintenance to cushion the blow of the breakdown and to provide a source of income for at least such time as to enable them to get back on their feet and support themselves. The Court will take into account the financial needs of both spouses and their respective financial resources to assess the appropriate level of maintenance and the period over which it should be paid. An unmarried partner has no entitlement to ongoing financial support unless there are children involved, leaving them in a significantly worse position than their married counterpart.

A married partner can also bring claims to protect their position in the event of the death of their former spouse. The Court can make Orders providing for the spouse’s pension fund to be split with their former spouse or providing for part of the monthly payment to be paid to the other spouse. In the event of the death of one partner prior to the completion of divorce, the survivor will still be a widow/er of the deceased and able to obtain the appropriate benefits under their pension scheme. However, in the absence of marriage a cohabitee will not be able to claim against a pension unless the scheme allows nomination of the cohabitee as beneficiary (and this has not been cancelled by the pensioner since the breakdown).

The unmarried partner may find themselves without a roof over their head following the end of the relationship in addition to having no income. When dealing with married spouses, a Judge has the power to deal with property owned by either spouse and, wherever possible, a Court will try to ensure that the parties have a roof over their heads in the future. The fact of contributions will not necessarily dictate how the property is to be dealt with.

Cohabiting couples do not have the same flexibility when deciding the future of their home. They are constrained by tighter rules, which place greater reliance on their particular contributions. A person can find themselves in a difficult position if they have lived in a property which is owned by the other partner. A Court does not have the power to consider the parties’ need for a home in the same way as if they had been married. A non-owning partner will have to base their claim on financial contributions made or promises made by the other party on which they have acted to their detriment, for example by having sold their property to move in with the other partner.

Equally, where an unmarried couple own a property in their joint names, they may have to accept a division of the proceeds which they do not consider fair, because the issue was not dealt with at the time of purchase and each party’s contribution was not properly protected. A jointly-owned property will be considered to be owned equally unless there are circumstances (which will often not be the case) which allow a Court to look behind the basic ownership position in the way a matrimonial Court can do. Cohabiting couples should therefore give serious thought to the making of a Declaration of Trust or Cohabitation Agreement to ensure that they are protected if the relationship flounders.

Once more unto the beach, dear friends…

Summer is on its way, bringing with it arguments between separated parents over...

Make your Will Fortnight: Book now!

Peacock & Co are once again pleased to support the invaluable work of...

Christmas parties, perhaps inevitably, are a solid source of enquiries for employment lawyers...