A statue of the suffragette, who died after being trampled at the Derby, makes a fitting memorial in Epsom's Market Place. We were delighted to be there for the unveiling. 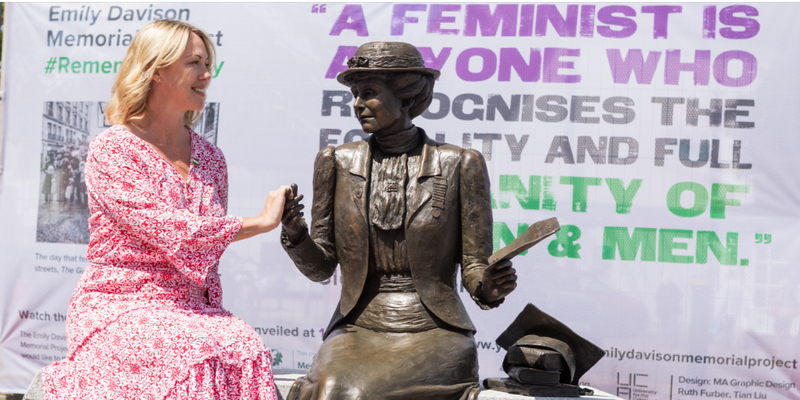 We were pleased to be part of the celebration to unveil the Emily Davison memorial in Epsom Market Place on 8th June – a date chosen to commemorate the date of her death in front of the King’s horse at the Epsom Derby in 1913.

Emily Wilding Davison became a key figure of the Suffragette movement that petitioned for women’s right to vote. More than a hundred years since her death, a cause of national controversy at the height of Suffragism, her legacy is formally recognised in Epsom.

The Emily Davison Memorial Project, born out of commemorations to mark the centenary of her death in 2013, envisaged an Epsom memorial for future generations. The resulting statue, cast in bronze by the Surrey sculptor Christine Charlesworth, was completed during the past year’s lockdowns, with films recorded by the project to document on the statue’s journey from studio to finally sitting in situ. For Charlesworth, a key motivation was creating Emily’s image in a way that it could be relatable – she now sits in the Market Place inviting passers-by to sit alongside her and engage. (A QR-code can be scanned to find out about her life and legacy.)

A closer look at the statue reveals a wealth of detail about the life of this remarkable woman. Davison wears a hunger strike medal with seven stripes representing the seven times she was imprisoned, most notably at Strangeways and Holloway Prison. She holds a census form and mortar board (Davison, a teacher, was honoured with a first class degree at St Hugh’s College, Oxford, but was unable to graduate – this was an award only extended to women in 1920.) Beside her are three pertinent books: The Bible, Leaves of Grass by poet Walt Whitman and Chaucer’s A Golden Key.

We were delighted to be there to witness the unveiling (seen here on the BBC and Channel 5 news) by Davison’s distant relation Philippa Bilton, and to mark this momentous occasion after many years of community fundraising from The Emily Davison Memorial Project and a final push from Go Epsom.

A huge thank you to all involved! A fitting memorial for Epsom and the struggle for women’s rights. #RememberEmily 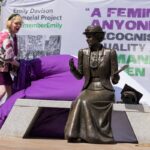 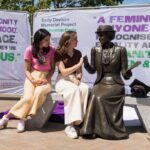 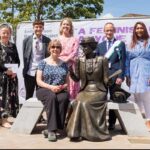 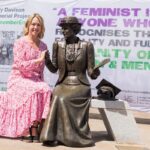 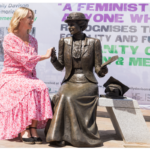 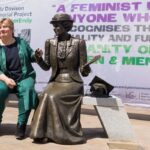 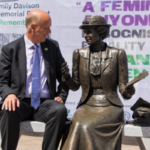 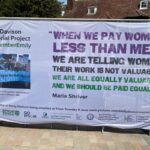 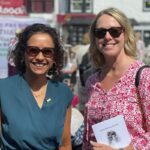 Check out our news page for or more information about our Wimbledon and Epsom community.

Make your Will Fortnight: Book now!

Peacock & Co are once again pleased to support the invaluable work of...

It’s a sad reality that with the imminent winding-down of the furlough scheme...