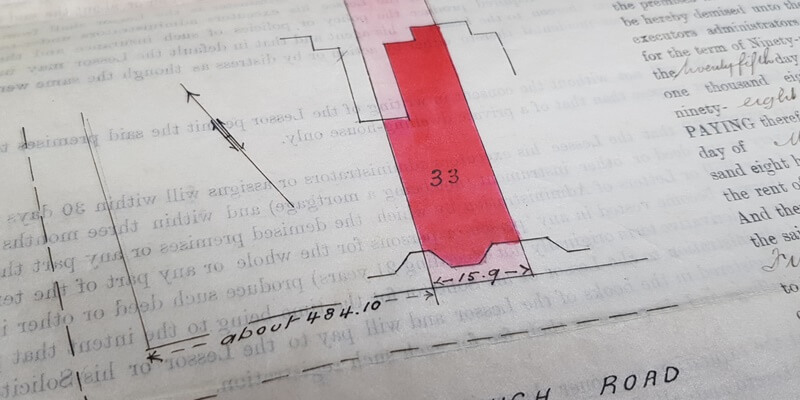 A dispute over a boundary can be a particularly unpleasant business. Not only does it pit you against your own neighbours, but until it is resolved it can render properties on both sides of a contested boundary unmarketable.

A legal boundary is defined by the Land Registry as “an imaginary or invisible line dividing one person’s property from that of another – it is an exact line having no thickness or width”. In reality, boundaries are physical rather than theoretical – boundary features inevitably change and can move over time.

It is not always the position of the boundary that is at issue; it could be a question of who owns or has the responsibility of maintaining a boundary feature.

Boundaries can become complicated without fault on either side for a number of reasons:

What is adverse possession?

Under the new regime it is harder to acquire rights in this way. After 10 years, the individual claiming adverse possession has the right to make an application to be registered as proprietor to the land in question. However, if contested, it will only succeed if certain conditions are met. If you have the necessary ten years adverse possession and you are evicted from the land in question (for example, by your neighbour erecting a fence) you have to make the application within 6 months of the eviction or you may lose your cause of action altogether.

Where one party builds adjacent to or along the line of a boundary, the Party Wall Act 1996 may apply. The Act requires a party proposing to carry out works to serve a notice which will enable the adjoining owner to take advice and if necessary appoint their own surveyor to ensure the work is carried out in a way that safeguards their property. Disputes commonly arise where a party commences works without proper regard to the Act.

The position of the legal boundary will turn on all the facts in any given case. In order to advise, in general, it is necessary to consider the title documents and the history of a property along with photographs and often evidence from previous owners.

In many cases an expert’s input will be required. We often recommend that a suitable surveyor be jointly instructed before any formal proceedings are issued.   This means their findings may be easier for both sides to accept, not to mention saving the expense of instructing two sets of surveyors.

It is often effective in entrenched disputes to engage in mediation or to have an onsite meeting to try to resolve matters.

If an agreement can be reached it will need to be properly recorded for posterity. In most cases that will involve drawing up a boundary agreement and applying for that to be registered against both titles.

Formal litigation should always be seen as the last resort, not only because it can be so costly and stressful, but also because the Court requires parties to try to resolve matters at the pre-action stage and may be critical of parties that have been unwilling to do so.

Covid-19 has brought to light some interesting discussion points on capacity and a...

The issues faced by older clients are becoming increasingly complex and it is...

90 seconds on… Children: Life after the break up

Will I still have my say on big decisions? Yes, there is a...