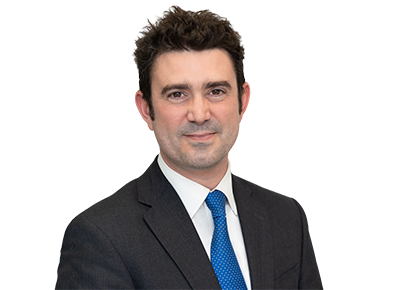 Throughout our boundary dispute Ben was extremely professional and despite immense provocation from the other party, respectful and polite.
Ben was very calm, level-headed and provided clear advice. His recommendations for the surveyor and barrister were excellent.

Ben is a partner and head of the Dispute Resolution team. He qualified as a solicitor in 2012, specialising in civil litigation. Ben has a focussed commercial approach to dispute resolution and provides clear practical advice.

Areas of expertise include:

Ben is an experienced advocate, regularly representing clients in the County Court.

Ben studied at Winchester College and the University of Edinburgh before attending the College of Law, Guildford where he obtained a distinction in the Legal Practice Course.

Throughout his career, Ben has advised at the Citizens Advice Bureau. As a student he was a regular volunteer for the National Centre for Domestic Violence for which he received recognition in 2009 as a “National Pro Bono Hero”.

Ben is an enthusiastic player of all racquet sports, with varying degrees of success.

He speaks conversational French and Spanish and is a fan of most things European.

“Ben Pearson managed a fairly complicated family matter for me last year, covering a wide range of disputes from property to financial transactions. His advice was at all times well measured, prompt and ultimately led to the desired outcome despite being thrown several curveballs along the way and having to deal with some novel issues due to the pandemic. Very reasonable on pricing too. I never felt the need to ask for a detailed cost breakdown as it was very clear that a lot of tangible work was being done in the hours billed. Definitely will be my first port of call in the future should I need anything else. Thanks again.”

Don’t let staying at home cause a dispute

Ben Pearson explains how to resolve boundary tensions, before they make your property unmarketable.