What happens if I’m late for work because of train strikes?

Late again? We explain your rights and obligations. 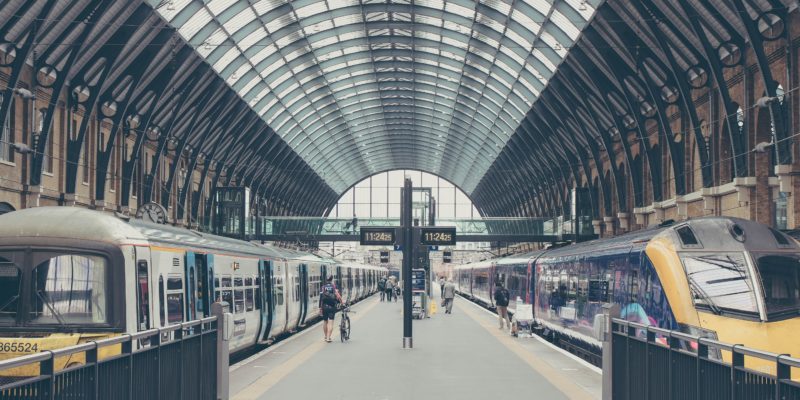 With Southwestern Railway drivers striking for most of December, hundreds of thousands of commuters are facing a month of (even more) delays, overcrowded trains, and uncomfortable journeys. On a happier note, the strike is taking a break on Election Day.

But what are your rights and obligations when your journey to work is impacted by the disruption?

Travel disruption, for any reason, is outside of your control, and it would feel rather unfair to be penalised for it – or, worst case, sacked.  Most employers will show understanding, especially those whose senior management are also exposed to the disruption. However, it doesn’t give you a free pass from at least trying to get to work on time.

Employers are entitled to expect staff to allow more time to make their journey with a view to arriving on time – or as close as possible. If you are faced with a choice of two trains per hour rather than four, for instance, you can be expected to aim for an earlier train rather than a later one. You can also expect those fewer trains to be packed to the rafters throughout the network, not just once you’re inside zone 4. As such, it makes sense to leave even earlier. If you’re still late, you can say, quite honestly, that you’ve done your best.

Also, look at alternatives. We’re all normally on autopilot during the commute, but be creative. Can you take a bus – even part of the way, or to cut across to another rail franchisee’s line?

From the employer’s perspective, frustrating though it is to be unsure when staff will get into work, especially in customer facing roles, provided that you’re comfortable that they are doing their best to work around the disruption, try to be flexible and understanding.

This is one of those times for give and take on both sides – make clear that if staff try their best to get in on time, you’ll be understanding if they are a little late, and will let them make up the time by staying later that day. If you operate on shifts, can staff swap shifts so that those who commute on Southwestern are due to start later than those who are unaffected?

That said, if someone is suspected to be cheating the system and deliberately arriving late, or not making any effort to work around the strike disruption, then it’s open to the employer to take disciplinary action. Employers might reasonably require that staff take holiday or unpaid leave if they are significantly late, or don’t make it in at all. Some employers might take the view that offering staff the ability to work from home some days is an option – that would in a way help all those affected, because it reduces numbers on the trains.

The main thing is to keep communications open.  Employees – let your manager know when you’re having problems getting into work; it’s easy to provide photographic evidence if you feel that’s necessary (but consider your employer’s social media policy rules before you post!).  Employers – let your staff know that you understand that the strikes will disrupt their journeys, and that you’re prepared to be flexible provided that staff “play the game” too.

It’s the season of goodwill after all…

Is this new? Talk of Uber and zero hours contracts is very much...

Stamp duty holiday extended: What does this mean for you?

Much was expected of Rishi Sunak’s budget to set the country on its...